Coach Mat (James Clingerman’s first Black Belt) ran Endurance Training Center with love and compassion from 2014 to 2018. During this time, he built many great competitors and practitioners. In 2018, Coach Mat‘s personal life took him to Maryland. At this time, he sold the Academy to his longtime Coach and friend, James Clingerman.

James and, his wife, AJ (who is a Jiu-Jitsu Coach, Competitor, and World Champion), took over the reins of Endurance Brazilian Jiu-Jitsu and began transforming Endurance into something of their own. 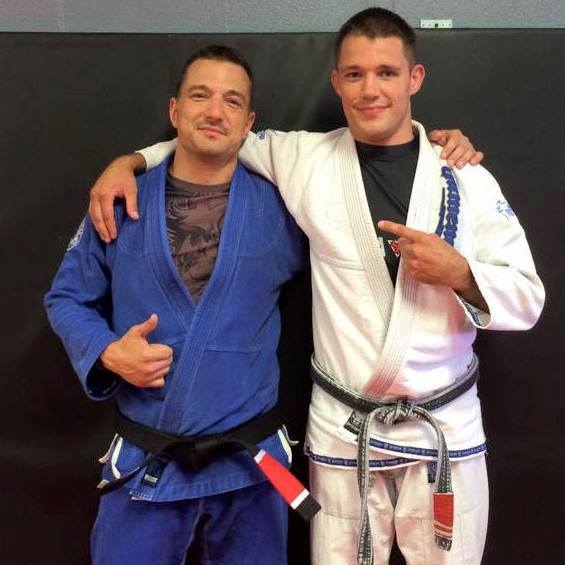 Brazilian Jiu-Jitsu (also known as BJJ) is a grappling-based Martial Art, using effective positioning, technique, and leverage to subdue potentially much larger opponents. It is the “go to” Martial Art for self-defense, fitness, and mental fortitude. There is no other Martial Art in the world like it!

Royce Gracie was the first Worldwide superstar of BJJ. He showed the world the effectiveness of Brazilian Jiu-Jitsu, by winning the very first Ultimate Fighting Championship (UFC) defeating three other martial arts expert that night. 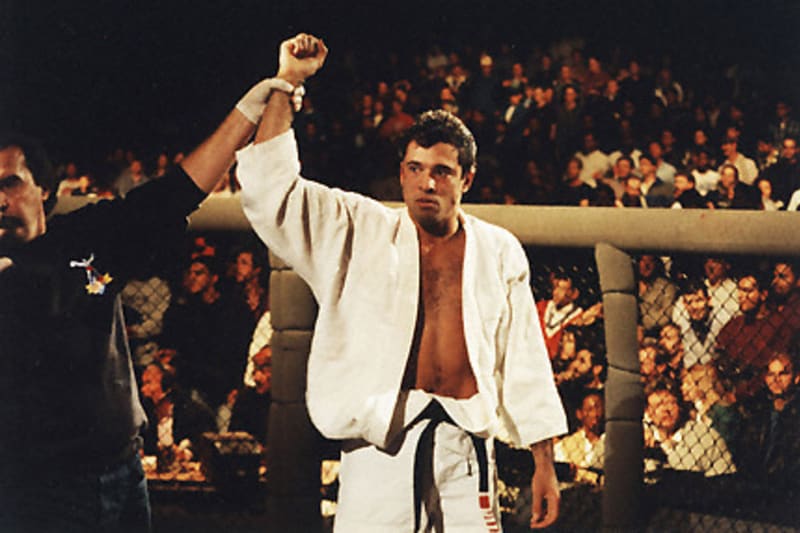 He came back in UFC 2, to do it all over again, only this time he defeated experts of four different martial arts. The other martial artists were unfamiliar with the Brazilian Jiu-Jitsu style. Royce was easily able to take his opponents to the ground, dominate the position where he could effectively attack, and end each fight with a submission.

One of the beautiful things about BJJ is that it continues to evolve to this day. High-level competitors are now exceptional athletes and technicians. Many of the coaches at Endurance Brazilian Jiu-Jitsu compete at the highest levels. We have multiple IBJJF World Champions as well as champions of many other organizations.

Endurance BJJ‘s kids’ program teaches kids about self-defense and sport competition, while providing a fun atmosphere in which they can learn. 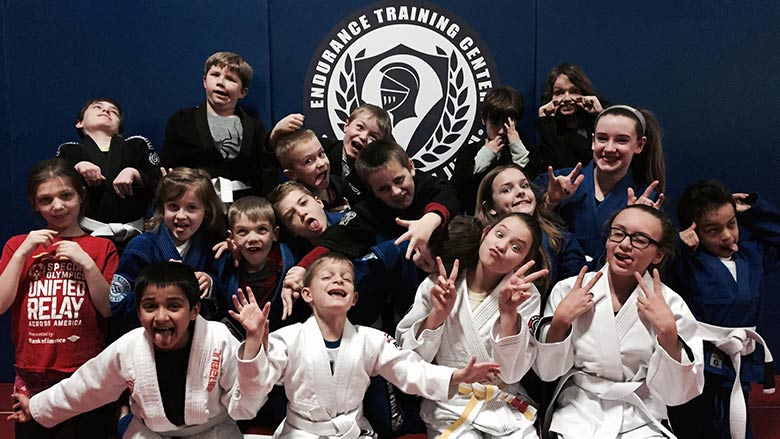 We have the only Martial Arts Pro-Shop in Zionsville, IN. While we carry custom Endurance BJJ gear, we are also authorized dealers of over 20 different companies.

We have everything you can possibly need for Martial Arts training, including mouthpieces, compression gear (Rashguards, Spats, Vale-Tudo shorts), Gis (Uniforms), Board Shorts, etc. 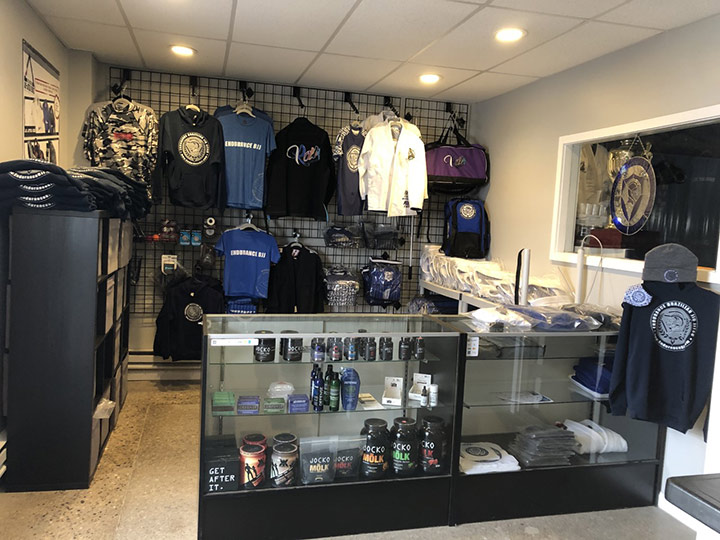 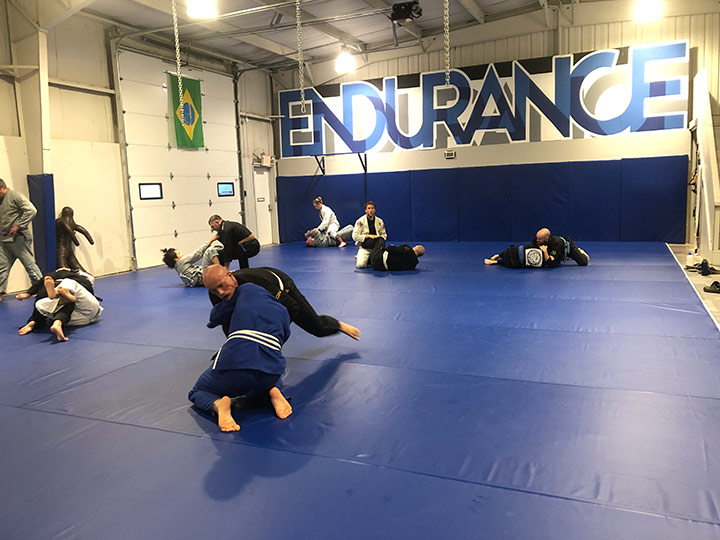 We use a special 5 layer cross stitched closed cell foam covered by a 22oz. Vinyl tarp. This is the perfect combination for optimal training safety.

The foam offers the perfect amount of firmness, while providing plenty of cushioning for training. The vinyl cover prevents “funk” from getting into cracks and crevasses (there are none) and is easily cleaned every day.

We have changing areas for men and women, Zionsville area’s only Martial Arts store, and a lobby area where parents can relax during their child’s training session or enjoy plenty of room to come out and watch.