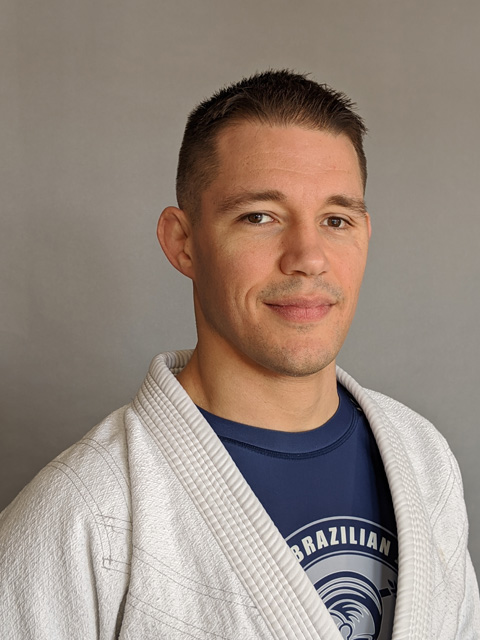 Like many, James Clingerman started his Martial Arts Journey at the local Karate Dojo.
While it was a fun activity, he realized early on that he was looking for something more practical for self-defense. James took up Japanese JuJutsu and Judo at the age of 15 and then in 1997, he met a local Brazilian Jiu-Jitsu Blue Belt instructor and began training under the Gracie Association (Rorion Gracie).

James was awarded his Blue Belt from Royce Gracie after competing at the Inaugural Gracie Nationals tournament in California. Coach Clingerman went on to represent the Gracie Jiu-Jitsu Association for several years. He eventually changed his Team Affiliation and earned his Purple, Brown, and Black Belt under Mario Roberto (a pupil of Master Anibal Braga). James now, a 3rd Degree Black Belt, has his own Team and National Affiliation. He is directly promoted by Master Anibal Braga, an 8th Degree Red and White Belt.

James spends all of his time immersed in Jiu-Jitsu; teaching daily at both Endurance BJJ, in Zionsville and Indiana Brazilian Jiu-Jitsu Academy (IBJJA), in Greenwood. He also runs TheFightHub.com where you can find many of his Instructional videos.

BJJ Fanatics recently noted that James was “One of the most respected Jiu-Jitsu Instructors in America”.

Coach Clingerman’s level of Jiu-Jitsu knowledge is as deep as it gets! He is always in high demand for seminars and private lessons. He travels all over the North America training, teaching, and Competing.

Chris McKarski began training in Martial Arts in 1990, at a local Tar Kwon Do Dojang.
At 13, he was introduced to Muay Thai. He trained in Muay Thai for the next 5 years, until he joined the Marine Corps.

Chris’s training in the Marines lead him to qualify for a wide array of specialized training. Some of that training includes: Marine Corps Martial Arts Program, Military Operations in Urban Training, Cold Weather Survival, Land Navigation. In the Marine Corps, Chris was introduced to Brazilian Jiu-Jitsu.

Once he settled in Indiana and received his Bachelors Degree in European History, and began training at Indiana Brazilian Jiu-Jitsu Academy (after trying several other places) with Coach James Clingerman and Mat Stratta.

After 9 years of Wrestling and serving in the Army National Guard, Coach Darrell “Bulldog” Smith had an MMA career that spanned nearly 70 Fights. He had success in events such as,King Of The Cage, Cage Rage, AFC, Hook’N’Shoot, & Bodog (Costa Rica).

In 2003, Darrell began training Jiu-Jitsu and MMA with Coach James Clingerman. Eventually, Darrell moved his focus from MMA to Jiu-Jitsu and earned his Black Belt in 2018.

When the Clingerman’s took the reigns of Endurance BJJ from Coach Mat Stratta, Coach Smith was the one who took over teaching as the Head evening Coach. Currently, due to his full time job, he isn’t teaching every night, but he is still on the mats often, teaching and training. 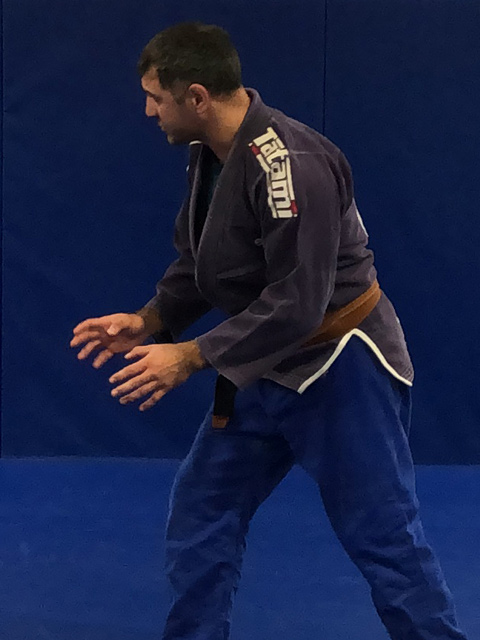 Elliot is a former Army Infantry Officer with 8 years of service and combat deployments to Afghanistan and Iraq. He is a graduate of the Army Airborne School and the Army Ranger School. While in the Army Elliot earned the Army’s Combatives Level 3 certification and taught hand to hand combat to soldiers as a staff officer in multiple battalion level postings.

Elliot’s teaching style is a blend of the direct, clear, and concise method the Army taught at BIT (basic instructor training), and the more playful and free-flowing method youth wresting and jiu jitsu has taught him over the years. His greatest joy is to teach new wrestlers in a patient manner, and to dispel the myth that wrestling is too difficult to learn.

Elliot was first introduced to Brazilian Jiu-Jitsu through the Army’s Combatives program in 2007, and began training full time in a civilian Jiu-Jitsu academy in 2010 while stationed in Fort Benning, Georgia. Since that time, Elliot has trained Jiu-Jitsu at various academies all over the states and internationally.

Elliot is currently a Jiu-Jitsu Brown Belt and has been with Team James Clingerman since moving to Indiana in 2015. He is the author and inventor of the “Simple System”, a structured and efficient Wrestling takedown system tailored to middle school and beginner wrestlers. 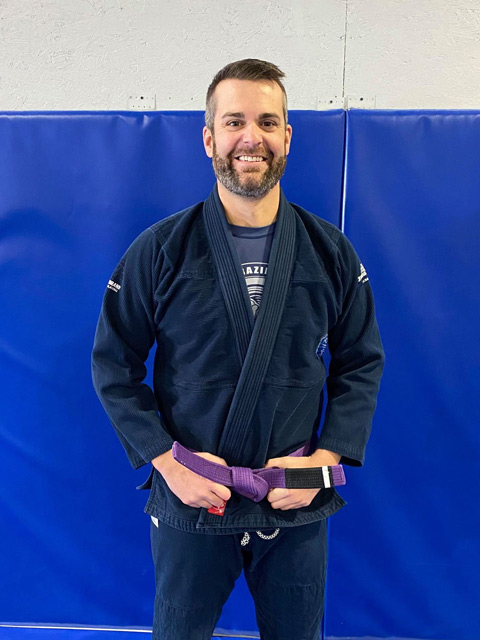 Trent Griswold was the first student to walk through the Endurance Brazillian Jiu-Jitsu doors, when it opened, in 2014. He was introduced to BJJ at the age of 11 when he and his father witnessed Royce Gracie tear through the competition at UFC 1 on PPV. He was amazed that someone of Royce’s size could completely dominate guys twice his size using BJJ, thus started his interest in the art.

Trent earned his Bachelor of Science degree in Computer Information Systems Technology from Purdue University in 2006. Upon graduating from Purdue, he moved to Chicago to work for Discover Credit Card where he met his wife, Lauren. They both realized rather quickly that they wanted to be back home in Indiana to start a family. The move home was completed in 2008 where Trent started his career as a Senior Account Executive in IT sales in which he continues to do today.

Trent earned his Purple Belt in January of 2020 and began coaching Level 1 BJJ 6 months later, he has also coached youth baseball and basketball for several seasons. In addition to BJJ, he enjoys spending time with his wife and kids, traveling, Purdue sports, and playing retro video games.